Who, What, Where, and Usually Why: Revising Scenes 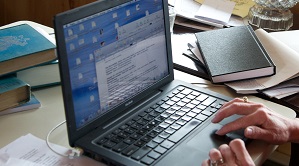 Thank you to Sage Blackwood for this blog post!

When I draft and revise my novels, I divide them into scenes.

A scene is a capsule of story. It’s usually one sequence of action, in one setting, in one moment of time. When time and place have changed, that’s a new scene.

Here are some things I look for when revising a scene:

Make Sure The Reader Knows Who, What, Where, and Usually Why
Give the reader a break[1].  Make sure that the setting (if it’s changed from the last scene) is mentioned at the beginning of the scene. Give us a quick tour of who’s there. It should be clear what they’re doing, or what’s being done to them. 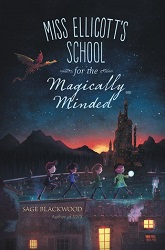 Here’s an example of how you might do that:
Mr. Ahmed had called their parents, of course. Barry and Angela sat on the bench in his office and stared at their shoes as they waited.

This tells us that Barry, Angela, and Mr. Ahmed are onstage at the scene opening, and more people might arrive later. It also tells us where the characters are. (The previous scene probably told us why.)

Crowd Control
If a character is present in a scene, then we have to be reminded of his or her presence every two or three hundred words. They can gather firewood, they can stare at the clock, they can lie there dead, but they can’t be allowed to go unmentioned for too long.

If you want a confrontation between two characters and don’t want to waste word count or slow down the action, just send everyone else offstage.

For example, say you want the scene in the principal’s office above to be mainly a confrontation between Barry and his dad.

“Well, I’m not waiting around for Old Thundertoes to show up!” said Angela, meaning her stepmother.

And she jumped up and bolted out of the office.

“Hey! You get back here, young lady!” Mr. Ahmed took off after her.

There. You’ve gotten rid of the characters you don’t need for the confrontation scene. Now you won’t have to keep juggling them while you concentrate on the conflict that’s the focus of the scene. 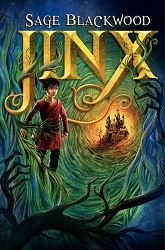 Check for Telegraph Lines
These lines occur at the beginning of a scene. I call them telegraph lines because they telegraph the ending of the scene. Here are some examples:

The problem with these lines is that they tell the reader ahead of time that they did make it, the jewel did get found, and Juan did survive.

I almost always have telegraph lines in my first drafts. They get deleted on revision.

Engage Three Senses
In every scene, make sure you have engaged at least three senses. What did the characters hear? What did the dungeon smell like? How did the soup taste? (What kind of soup was it, anyway? Be specific.)

You don’t need to overdo this. Just three senses per scene will be enough to make the reader feel like s/he’s there.

After I finish revising a novel, I take out the scene numbers and divide the novel into chapters instead. Scenes are easier to work with, but readers expect chapters.

[1] Probably the most important rule of writing.