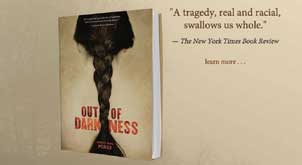 When I begin a new novel, I often struggle with the feeling that I don’t know enough about the characters’ world to write the book yet. But then, as I try to research that world, I often find myself becoming disconnected from my characters and the story that is growing around them. Although I use research for all of my fiction, this paradox can be especially vexing for historical fiction, as I learned during the five years I spent writing my most recent novel, Out of Darkness.

1. Look to the margins of the main event. If you are drawing on history or current events, think beyond the most visible players. As I read about the deadly 1937 New London school explosion and its aftermath, I could see enough dramatic potential for many novels. But all that possibility was more overwhelming than helpful. The story of Out of Darkness began to fall into place, however, once I realized that it was going to center on those experiences that had been excluded from mainstream accounts. Rather than unspool the drama of the true stories that had been preserved, I would imagine the unrecorded possibilities of what the explosion of the white school meant for people of color living in the area.

2. Use brackets to mark places for historical details to dig up later. For example, in an early draft, I might write, “Last week Henry had taken them to Henderson to see [1936 film that would have been shown in East Texas], the movie everyone at school was talking about.” This way, you keep yourself moving forward in the scene and leave yourself a little historical treasure hunt to complete later—after you’ve reached your word count for the day. In fact, you might put it off even longer. I left some of my bracketed bits until the second revision, and sometimes I ended up removing or revising a section and no longer needing a specific piece of information.

3. Anchor your scenes with particulars. This might seem to be the opposite of the previous strategy, but drama and richness emerges when we connect the dynamics among characters to their physical environment. Questions like, “Where is the light coming from?” can help us envision our characters in real space. It’s also important to mentally populate that space with objects of the time. Sure, you’ll read histories of the time, but you should also browse period catalogs and advertisements, watch its movies, and listen to its music and radio programs.

4. Translate history into drama. Although you want to know the historical context for your characters’ world, you must avoid getting “infected” with the narrative style of historical accounts. Even the best written ones will tend to approach events from a perspective that won’t serve you well in fiction, where our storytelling needs to be more intimate and particularized. As you gather historical information, quickly translate it into possibilities for drama in the world of your book.

5. Don’t forget the FICTION. Unleash your imagination. If you want to find the terrain that holds the most promise for historical fiction, veer toward the possible rather than the actual or the confirmed. Your work is not primarily to tell your reader what did happen; it’s to create what might have happened in the spaces and moments that were never documented. 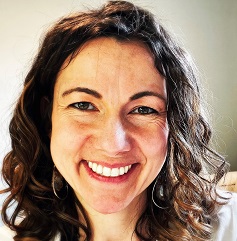