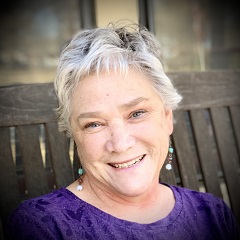 Children’s book author and indie publisher Darcy Pattison writes award-winning fiction and non-fiction books for children. Five books have received starred PW, Kirkus, or BCCB reviews. Awards include the Irma Black Honor award, five NSTA Outstanding Science Trade Books, two Eureka! Nonfiction Honor book, two Junior Library Guild selections, two NCTE Notable Children’s Book in Language Arts, a Notable Social Studies Trade Book, an Arkansiana Award, and the Susannah DeBlack Arkansas Children’s History Book award. She’s the 2007 recipient of the Arkansas Governor’s Arts Award for Individual Artist for her work in children’s literature. Her books have been translated into ten languages.
In 1999, Darcy created the highly acclaimed Novel Revision Retreat and has since taught it across the United States; alumni of that retreat include Kirby Larson with Hattie Big Sky and Caroline Starr Rose with May B. For seven years, Darcy has teamed up with Leslie Helakoski to teach PB&J: Picture Books and All that Jazz at the Highlights Foundation.

The Plan for the Gingerbread House, illustrated by John Joven, Mims House, 2021.

This Little Light of Mine, illustrated by Hannah Skelton. Dayspring Books, 2019. A pop-up book.

Rowdy: The Pirate Who Could Not Sleep, illustrated by Ewa O’Neill. Mims House, 2016.

The River Dragon, illustrated by Jean and Mou-sien Tseng, 1991.

NONFICTION
I Am the Thirsty Desert, illustrated by Jordan Kim, Mims House, 2023

Short and Easy, Right? How Hard Can It be to Write a Picture Book?

April 25, 2019 | For Beginners, Picture Books
How hard can writing a picture book be? Anyone can write a picture book (PB). They're under 500 words, how hard ...
By: Darcy PattisonLeslie Helakoski

The Satisfaction of Being Happily Self-Published

February 13, 2019 | The Highlights Foundation Experience
Darcy is faculty for our workshops, Self or Indie Publishing: Answering the Big Questions and PB&J: Picture ...
By: Darcy Pattison

How Do You Know If You’ve Written a Picture Book?

March 8, 2018 | Picture Books
So you have an idea for a children’s story. Great! Many times, our thoughts rush to PICTURE BOOK. Picture books ...
By: Darcy PattisonLeslie Helakoski

The Top 10 Questions about Self/Indie Publishing

May 20, 2017 | The Business of Publishing
In advance of our upcoming workshop, Self or Indie Publishing: Answering the Big Questions, we wondered just what ...
By: Darcy Pattison

May 5, 2017 | The Business of Publishing
We'd like to thank author and indie publisher (Mims House) Darcy Pattison for this guest post. After being ...
By: Darcy Pattison

April 14, 2017 | The Business of Publishing
Children’s picture books and novels present a unique challenge in the indie publishing or self-publishing world. ...
By: Darcy Pattison

April 3, 2017 | Picture Books
What are your words doing for you other than giving the reader information? Choosing words carefully can do more ...
By: Leslie HelakoskiDarcy Pattison

Use Darcy Pattison’s Shrunken Manuscript Technique to Understand the Structure, Plot and Impact of Your Novel

May 3, 2016 | Novels
Writing a great scene is easy. A novel, however, adds layer after layer of complexity until it's hard to keep ...
By: Darcy Pattison

January 30, 2015 | Picture Books
9 Picture Book Topics to Avoid (Or Be Ready for Stiff Competition and Write a Story with a Fresh Take) When ...
By: Darcy PattisonLeslie Helakoski