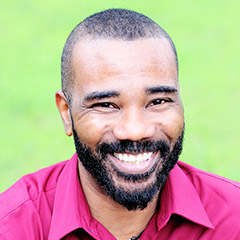 Don is a founding host of The Brown Bookshelf, a blog dedicated to books for African American young readers; and a member of the We Need Diverse Books campaign, created to address the lack of diverse, non-majority narratives in children’s literature. He lives in Austin, Texas, with his family.