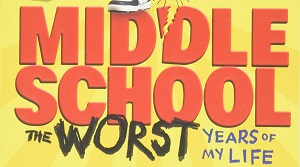 They say that talking about comedy is one of the un-funniest things you can do. So consider yourself warned. I can’t promise any lol’s in this article, but I do hope it will give you an idea or two that you can add to your humor-writing toolbox.

Part of what makes comedy a particularly tricky writing challenge is the fact that it can be so subjective. How many times have you told a supposedly hilarious joke, only to be greeted with a polite smile or courtesy chuckle? And on the other side, have you ever tossed off what feels like a completely neutral comment, only to get a big laugh in return? It really is (or can be) a very individual thing. Maybe that’s why we are much more apt to refer to someone’s sense of humor than we are their “sense of drama.”

Having said all that, it’s also true that there are all kinds of specific techniques, tips, and conventions you can consider when writing comedy; things you can apply to your funny manuscript no matter where your particular sense of humor resides. Things like:

When the status between two characters changes, often in an unexpected way. I think here of the old Road Runner cartoons, which were really just comic drop after anvil-laden comic drop. But again, this is a technique that might apply in a much subtler way, in a comedy of manners, for instance, or a bit of Jane Austen dialogue.

THE RULE OF THREE:

There’s a certain magic in the number three, when it comes to writing. We all know what happens to the big bad wolf on his third try, right? I mean, not so funny for the wolf himself, but from a story structure perspective, the payoff of that story at the exact right time.

This is a big part of my own writing practice, stemming back to my experiences in theater, where improv is often used to find the funny in a given situation.

As for writing, I highly recommend Natalie Goldberg’s Writing Down the Bones, which is built around what she calls practice writing–essentially improv for writers. Some of my favorite funny moments in my own stories have come from the improvisatory technique of shutting off my inner critic, letting fly, and stumbling into one spark or another that I wouldn’t have found in any other way.

For my upcoming workshop Writing Humor: Finding the Funny Bone that Works for You & Your Novel, we’ll be looking at all of these techniques, as well as rhythm, voice, situational vs. physical comedy, wordplay, callbacks, and more.

That will include a new favorite tool of mine, one that I picked up from Chris Head’s excellent book, Creating Comedy Narratives, where he poses the question: What is the game of your scene?

In his book, Head says, “When you’re trying to work out what your character should do next, don’t ask: what would be funny? Ask instead: what do they do next to try to win? In order to win, your character will…be taking positive action. Their choices and actions should be guided by a desire to get the outcome they want…the comedy coming from having to work with the limited tools at their disposal.” 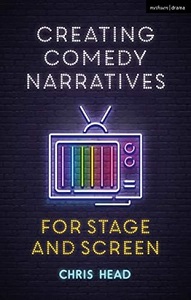 He then breaks the question down into three parts:

1) What’s the main game of this scene?

What’s the primary action, main idea, or goal for your character here? And what is your strategy in framing it on the page? For example, the opening scene in my co-authored middle grade novel, MIDDLE SCHOOL, THE WORST YEARS OF MY LIFE shows the protagonist, Rafe Khatchadorian, trying to go as unnoticed as possible through his first day of middle school. That’s not an inherently funny thing, but it is the “game” of my opening scene–trying to go unnoticed.

Now let’s see what happens as we add a few more layers.

2) What’s the sub-game of this scene?

What other idea might you add to bring some further level of engagement for your reader, and perhaps a new obstacle or two for your character? In the case of my MIDDLE SCHOOL scene, the sub-game is built around Rafe’s active imagination, where he imagines himself entering a maximum security prison instead of instead of Hills Village Middle School. And then– 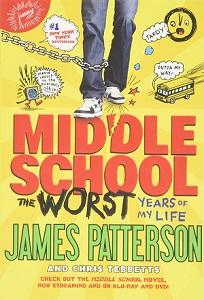 What else is going on for your character, often internally, while everything else is unfolding around them? For Rafe, it’s the fact that he just can’t seem to keep his mouth shut. That in turn runs him afoul of the school bully and his homeroom teacher in short order—and in exact opposition to his own intention, to stay as invisible as possible.

Sometimes these three interlocking elements fall into place organically as we write from our own gut instincts about what’s funny and what works for our individual narratives. Other times, though, I find it useful to consciously consider these ideas, either while I’m conceiving and drafting a scene, or while revising, especially for a moment in the story that feels flat or uneventful to me. When I come at it with this kind of open-ended, playful thinking, where literally anything goes, the possibilities are endless.

And hopefully, the laughs will be, too. 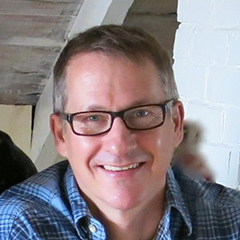 Begin Your Chapter Book, Middle Grade, or YA Novel
Getting Your Middle Grade or Young Adult Novel Unstuck

5 Reasons to Revise Your Work