What Makes a Successful Chapter Book Series? Some Examples 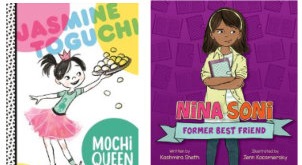 For our workshop Begin Your Chapter Book Series, we will be focusing on writing chapter books targeted for readers ages 6-10. These are books for newly independent readers moving on from easy readers. We will be sharing information, examples, and writing exercises to help you develop and write a chapter book series of your own. 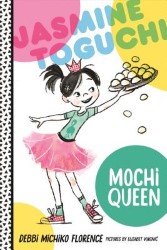 Jasmine Toguchi series
Jasmine Toguchi is an 8-year-old Japanese American girl growing up in Los Angeles. She’s in the third grade and loves her family, even though her older sister Sophie sometimes hurts her feelings. Jasmine is confident and is a go-getter. She tends to make big goals and expect a lot of herself. Fortunately, she has supportive friends and family. In each of the four books, Jasmine has age-appropriate problems she needs to solve that young readers can relate to even if the details might be outside of their own experiences.

In Mochi Queen, Jasmine wants to do something before her older sister, who always is the “expert” on everything. Jasmine decides she wants to pound mochi with the boys for their upcoming traditional New Year’s gathering with the extended family, something Sophie has never done. Traditionally, there is a man’s job (pounding the mochi) and a woman’s job (steaming the rice and rolling the mochi). While readers might not be familiar with mochi-tsuki, they may be familiar with the desire to do something before a sibling or relative or friend. Readers follow Jasmine as she tries to prepare to prove to her family that she is strong enough to pound mochi with the boys. 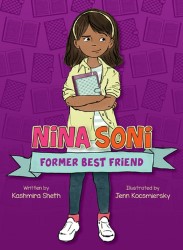 Nina Somi series
Nina Soni is a 9-year-old Indian-American girl living in Madison, Wisconsin. Nina loves math, languages, lists and one more thing..oh yes, her family. She is in fourth grade and has a younger sister, Kavita, who sometimes annoys and frustrates her. Nina also has a best friend, a boy named Jay whom Nina has known since before they were born. The first two books in the series explore problems in Nina’s world: friends, family and school. In each book, Nina’s dual cultural identity is woven throughout the narrative. The third book chronicling Nina’s adventures, Nina Soni Master Gardner, will be released in the spring of 2021.

In Nina Soni, Former Best Friend, Nina is worried that her best friend is not her best friend anymore. Dwelling on that distracts her from other important things, like homework. Then her mother needs her help planning a big event. All of these things together create chaos in Nina’s life. As Nina navigates through this chaos she discovers some important things about friendship, family and herself. 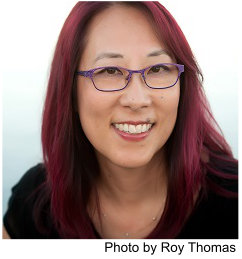 From Workshop to Publication to Acquiring Editor

4 Things to Consider Before You Begin a Chapter Book Series