Believing in Your Book After 10+ Rejections 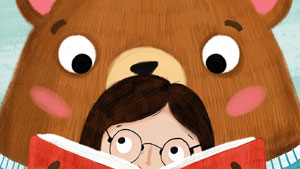 One of the best pieces of writerly advice I ever received was from literary agent Stephen Fraser, who was with the Jennifer De Chiara Literary Agency. I was at my first Austin SCBWI Conference in 2005. A newbie, scared and completely green, I’d come on my own. I knew no one. I felt like a fish out of water. Should I leave? I remember asking myself. But before I could pull myself away, I settled in to hear Fraser’s keynote. He spoke words that would end up guiding me for my entire writing journey. What he said was this:

“I believe every good manuscript finds a home.”

I sat in the crowd transfixed. I don’t remember the rest of what he said that day, but it doesn’t matter because I heard those words. I was there that day to hear those words. Those words have swirled in my head and resided in my heart for over 10 years.

They have kept me plugging away and believing in my writing because somewhere deep down inside of me, I knew I could write a good manuscript. And when I did, it would find a home.

But first I wrote years’ worth of stories that were only OK. Decent, perhaps. But not good. Good was out there – I could feel it. But still out of my grasp. 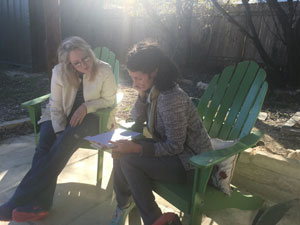 In 2009, I came to Highlights Foundation and took a nonfiction workshop with Kim Griswell and Barbara Kerley, and I realized good was a lot closer than I’d thought. And so I worked even harder that week. And I soaked in everything they had to teach. I went home a better writer. A writer who believed in herself that much more.

A writer who’d discovered it wasn’t a race, but a journey.

In the years that followed, I settled into that realization. Now I have two controlling beliefs:

Every good manuscript finds a home.

Writing is a journey.

Fast forward to 2012. I’m agented with the brilliant Erzsi Deak with Hen&ink Literary and I’m sure we’re going to sell the first two manuscripts she signed me with.

The clock keeps ticking. I keep writing. Erzsi keeps pitching. Nothing is selling. 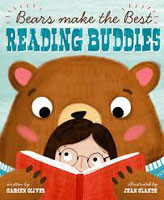 So I write another story – this one about a girl and a bear. A friendship story about perseverance, standing up for what you believe in, and the unabashed joy of reading.

It’s good, Erzsi tells me. No, it’s great. It goes out on submission, and we get some really nice rejection letters. Cherry-on-top nice. A-dream-for-an-editor nice. But the rejections keep piling up.

I’m going to tell you what I tell students when I’m out on school visits.

“Sometimes you have to believe in your stories when no one else does.”

I believed in the story. I wasn’t giving up. I was on a journey.

Bears Make the Best Reading Buddies sold to Capstone in 2015 and published in 2016. And here’s a little secret between you and me: Bears is inspired by the nonfiction story I was working on at Highlights back in 2009. And that nonfiction story isn’t dead yet. Stay tuned. 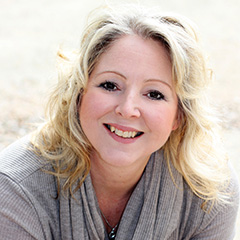 3 Reasons Why Reading is So Important to Your Writing Experience

What Does Mentorship Mean to You? Our Faculty Responds.