Without a Great Villain, There are No Great Heroes 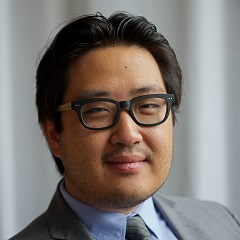 Special thanks to agent DongWon Song for this blog post. DongWon was on the faculty for Anti-heroes and Villains: Crafting Flawed Characters We Love to Hate.

The Villain Has a Point

When I think about what makes a well-crafted villain, I often think about how often I come away from reading a book or watching a movie thinking “okay, glad the heroes won and all that but the villain had a point, though.” Magneto, T’Kuvma, Killmonger, even Kylo Ren all have moments, speeches, or perspectives where I, as the audience member identify with much more strongly than the square-jawed figure of righteousness I’m supposed to be rooting for.

In talking about this with a friend, recently, I was musing on how often I come away with a desire for a t-shirt that modifies the famous: “Magneto was right” to [Insert Villain Name Here] was right. Her response was: “We’re always on the villains’ side coz villains want to change the status quo & the status quo sucks for MOST PEOPLE.”

I don’t know if it’s because we both come from marginalized backgrounds but I was immediately struck by the rightness of this sentence. We think of heroes as advocating for truth and justice but often that means reinforcing the hegemonic norms. Villains, by their very nature, are disruptive. Disruption often means violence in these stories. But change itself is a destructive process. To make something new, we often need to break down what’s here.

The point I’m making is that what makes a great villain isn’t a cool backstory or a facial scar or a scary mask. The thing that makes a great villain is your creeping sense that they’re right. For a villain to push a hero into a new place, for them to inspire true change, they need to get under the skin of the hero and, by proxy, the reader. That creeping doubt that maybe Killmonger is right that Wakanda has been selfish and abusing their privilege, the sense that T’Kuvma has a point that the Federation’s cultural imperialism is still imperialism, that Magneto’s Malcom X-like stances are rooted in the realities of the civil rights movement.

If ideology is what makes a villain, then methodology is what makes a hero. Where each of these stories falls apart is the need for the story to make them a villain, for plot reasons over character reasons. T’Kuvma is also a horrible racial purist. Magneto literally calls his team “evil mutants” and Killmonger reveals himself to be using rhetoric to mask is selfish intentions. The heroes who stand up to them end up reinforcing the status quo, but ideally they also emerge changed. In each case the heroes’ approach to the future is indelibly altered by their encounters with villainy. Righteousness isn’t an ideological state, it’s a practice. And while their ideology shifts, the heroes are defined by how they implement their beliefs.

But without a great villain, there are no great heroes.