Writer and agent Linda Epstein is a special guest at our Symposium for Jewish Children’s Literature: Novelists and Publishing Professionals. Linda says: “It will be a magic-filled weekend, with a fair amount of schmoozing and probably a bit of kibitzing, too.” Thanks to Linda for this great blog post! 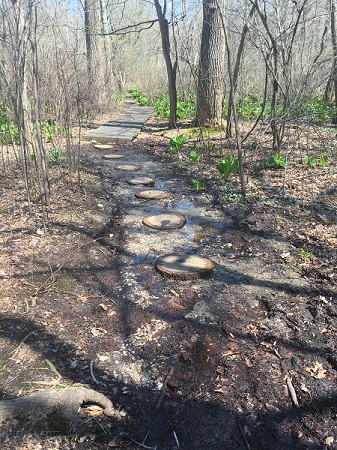 In the middle grade manuscript I’m currently writing, two friends sneak into the nearby woods and see something they think is magical. They’re eleven years old; of course they think it’s magical! My manuscript could be categorized as realistic contemporary, with a very slight sprinkle of fairy dust. Which is also much the way I experience my actual life. As I’ve been writing, my story has grown to include birth and death, laughter and crying, doing school projects, making new friends, and looking for magic in the world. That my writing would include all of these things is no surprise. It’s a mirror of my life.

What was a surprise to me though was when Jewish content started showing up in my work. I’m Jewish and, although I’m not religious, my Jewish identity is important to me. Many writers have the experience where our stories take turns we didn’t expect. I found my reaction to the direction my story was taking interesting. I literally kept thinking, “I didn’t know I was going to write that book.” Meaning, I hadn’t thought I would write “a Jewish book.” Apparently, that has some connotation to me of which I wasn’t aware (which is great fodder for a different blog post than this one).

As I immersed myself in the work—in the voice of my main character, and the world in which she lives—I began to realize that in my imagination she is Jewish. She grew up eating matzo ball soup, going to Hebrew school, celebrating Rosh Hashanah and Yom Kippur and Passover. She probably heard her parents say things like, “Well, Mila Kunis is Jewish but Gwyneth Paltrow is only half…” She doesn’t remember a time when she didn’t know about the Holocaust, or what a kibbutz is, or feeling that her family is slightly different from their neighbors in an unnamable way. When creating a main character, that’s my imagination’s default. I hadn’t realized that. It would be a big stretch for me to create a non-Jewish main character, say someone who celebrates Christmas. I’d need to do a lot of research to get close to an authentic Christmas experience. Truly all I know about Christmas are things people have told me, or that I’ve seen in movies, TV, or books.

When I allowed the Jewish aspects of my character to emerge on the page, her story began to unfold in a more organic way. Her Jewishness had only been in my head. When I gave it voice in the story the character came alive. Plot-wise I don’t think it’s a particularly Jewish story (whatever that means). And although there is “Jewish content,” my character and her family are about as religiously observant as I am. Which is to say, not very.

Mining my own experiences, feelings, and Jewish identity provided something that wasn’t there at first though. It provided a foundation for the character, a richness that is authentic in a way that it wasn’t before. When I read my pages now, and my character’s Jewishness waves back, it feels like walking through the woods with a friend, seeing something unexplainable, and knowing it must be magic. As unexpected as it was, it’s as natural to the story as the slight sprinkle of fairy dust. 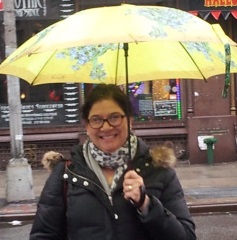 Linda Epstein is an agent at Emerald City Literary Agency, where she represents middle grade and young adult novels, as well as picture books. She has an MFA in Writing for Children and Young Adults from The New School. She speaks about writing and publishing at writing conferences across the country.