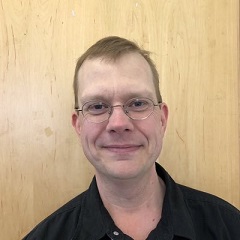 Steve Light grew up in an enchanted place known as New Jersey. He went on to study Illustration at Pratt Institute, he also had the pleasure of studying and mentoring under Dave Passalacqua. Upon graduating he did some corporate illustrations for companies such as: AT&T, Sony Films, Absolut Vodka and the New York Times Book Review. Steve Light then went on to design buttons that were acquired by the Cooper-Hewitt Design Museum. The Eric Carle Museum of Picture Book Art has Steve’s flying machine model for his book Zephyr Takes Flight on display in the museum library.

Through Steve’s experiences as a teacher he found his true calling as a children’s illustrator and storyteller. He has been teaching in the classroom for the last 14 years with children 3-6 years old. He has used this experience to help him publish many children’s books by Abrams, Chronicle Books and Candlewick Press. Steve’s books include: I am Happy, Puss in Boots, The Shoemaker Extraordinaire, Uncle Sam, Trucks Go, Trains Go, Diggers Go, Planes Go, Boats Go, Cars Go, The Bunny Burrows Buyers Book as well as The Christmas Giant, Zephyr Takes Flight, Have You Seen My Dragon?, Have You Seen My Monster?, SWAP!, Lucky Lazlo and Have You Seen My Lunchbox? Builders and Breakers, Black Bird Yellow Sun, Mama Tiger Tiger Cub. Up Cat Down Cat will be released May 2020.  Road Trip, A Whiskers Hollow Adventure will be released February 2021.

Steve draws every day, usually with a fountain pen, and always has his sketchbook with him. Steve’s greatest joy is being able to share stories with children and introducing them to new worlds that they can only visit with their imaginations.

You can see some of his work or read more about him at: