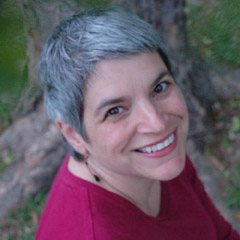 Lori Nichols is the author and illustrator of the award-winning picture book, Maple. She grew up in Western Pennsylvania marveling at everything from acorns to frogs to big sisters. Now she makes books about them all. Amazon included Maple on its list of Best Children’s Books of 2014. The book also received a 2014 Giverny Award for “Best Children’s Science Picture Book” and was selected to represent the Dolly Parton Imagination Library in 2015. Other titles include Maple & Willow Together, Maple & Willow Apart and Maple & Willow’s Christmas Tree. BothMaple and Maple and Willow Together were named “2015 Best Children’s Books of the Year” by the Children’s Book Committee. Lori also provided the illustrators for three Orqbooks by David Elliott: This ORQ. (he cave boy), This ORQ. (he say “ugh!”) and This ORQ. (he #1!) and for No, No, Kitten! by Shelley Moore Thomas.

May 30, 2017 | Community Good News, Illustration
If you haven't heard of author/illustrator Lori Nichols, you're in for a treat: she's a gem! Lori has created four ...
By: Lori Nichols