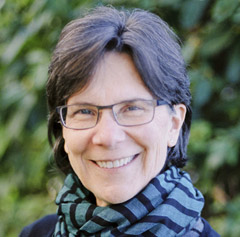 Elizabeth Rose Stanton is an author/illustrator whose debut book, Henny (Simon & Schuster) was named a 2014 best picture book by the New York Public Library (Titles for Reading and Sharing). She began her grownup life as an architect, and then segued over to arts administration and design after starting a family a long time ago. Now she builds picture books! Henny was named a finalist for the SCBWI Crystal Kite Award, and received an American Library Association Booklist star. The French edition of Henny was also a finalist for the Prix Jeunesse des Libraires du Quebec. Her second book, Peddles (Simon & Schuster) was released in January, 2016. Her next picture book, Bub, will be released in early 2018. Elizabeth lives in Seattle with her husband and three strange cats.