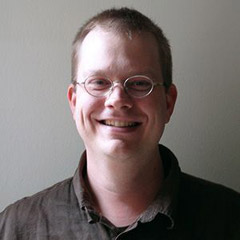 Steve Light is an author and illustrator of children’s books and a storyteller. He grew up in an enchanted place known as New Jersey. He went on to study Illustration at Pratt Institute and upon graduating he did some corporate illustrations for companies such as: AT&T, Sony Films, and the New York Times Book Review. Steve then went on to design buttons that were acquired by the Cooper-Hewitt Design Museum. He has since published several children’s books with various publishers.

Steve travels far and wide reading and telling stories most notably at The Eric Carle Museum of Picture Book Art and The Milwaukee Museum of Art.

Steve loves to draw. He draws every day whether it is drawing in his sketchbook or on fancy paper for an illustration. Steve loves fountain pens and collects these ancient artifacts in order to draw with them. He also loves making things. Steve usually makes things like sculptures and toys out of wood. Steve especially loves sharing his art and stories with children, because truth be told, Steve is a big kid at heart.