You’re Never Too Old to Write 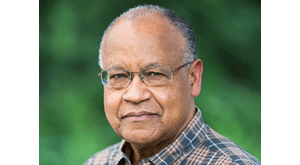 A 70-year-old walks into a barn. No, it’s not the beginning of a joke. There’s no rabbi or preacher to deliver a punchline that knocks you to the floor in a fit of guffaws. There is, however, a moral: You’re never too old to write.

After 40 years of the classroom and educational publishing, I wanted an encore career of writing biographies for young readers. Three Highlights Foundation workshops later, two of my books are winding their way into bookstores and libraries. There’s a moral to this story as well: I’m not an overnight success, 70-some odd years in the making. Instead, I’ve been blessed by stubbornness, good luck, and the kindness of strangers.

The generosity of those strangers kept me plugging away, even on the days when I wanted to throw up my hands and admit I would have more success at my local senior citizen center learning to play a wicked hand of pinochle. That might have been the case if I hadn’t walked into the Barn three times over several years and had the good fortune each time of meeting others who, regardless of age, were also burning to write. Together we spent magical hours in the company of unselfish writers and editors who gave no indication that learning pinochle was a better encore choice.

In bucolic northeastern Pennsylvania, underneath a Big Ass Fan (its manufactured name) that could propel a plane, writers and editors such as Candy Fleming, Kathryn Erskine, Carolyn Yoder, Grace Kendall, Alma Fullerton, Padma Venkatraman, and Peter Jacobi helped me understand story craft, narrative sweep, and how to put the reader in the middle of the scene. Most of all, they made me feel that I belonged – that with discipline and determination, I could write a publishable book either in prose or verse. How’s that for stubbornness, luck, and kindness?

So what do I write, and how did Highlights Foundation workshops help me realize my dream?

Born into an African American family in Missouri and raised in Nebraska, two states benchmarking the bloody road to the Civil War, it’s not surprising that I want to provide young readers a fuller (not revisionist) picture of American slavery, a corrective history of the struggle and anguish of courageous individuals in the two-and-a-half-century assault to limit full American citizenship to African Americans by ascribing a false set of physical, moral, and intellectual attributes to racial features.

Highlights Foundation instructors became mentors who showed my colleagues and me how to tell the stories burning inside us. Because of these mentors, supportive colleagues, and several years of “keeping my butt in the chair,” Calkins Creek will publish my first book this fall, Now or Never! 54th Massachusetts’ Fight Against Slavery. My second, The Girl Who Defied the Most Powerful Family in America, will be published in the fall of 2018 by Farrar, Straus & Giroux. Knowing an encore career comes with a short shelf life, I am researching a third book. There are two morals to this story: You’re never too old or young to write, and getting published beats a good game of pinochle.