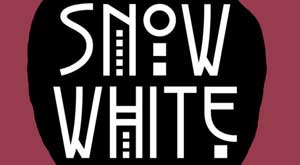 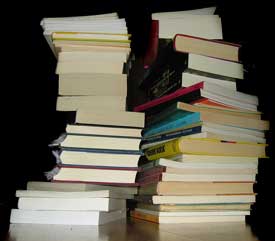 Our home is full of books.

Just loads of them.

Some borrowed from the library, some borrowed from work, some bought, some from classrooms that I’ve long packed up, some for “research” of the craft. You know. You probably have similar stacks, too. Aren’t they dreamy?

Until recently, however, there weren’t too many graphic novels in those stacks. That is, until our six-year-old polished his own library card and announced to the world, “I am a reader.” He devours comic books, my husband’s cartoon collections, and now graphic novels. Oh, the graphic novels. We have Dog Man, and Super Diaper Baby, and Bink & Gollie, and Ricky Ricotta. I’ve been ushered into a new location at the library and given a whole new perspective on the importance of graphic novels.

This week, Matt Phelan’s (mattphelan.com) new graphic novel arrived at our home. While this visually striking (and sometimes sinister) retelling of Snow White isn’t for our six year-old yet, I know that older readers will wolf down this book in one greedy gulp. 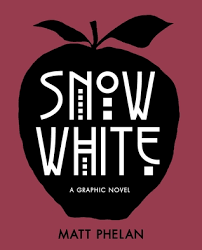 From Candlewick, “The scene: New York City. The dazzling lights cast shadows that grow ever darker as the glitzy prosperity of the Roaring Twenties screeches to a halt. Enter a cast of familiar characters: a young girl, Samantha White, returning after being sent away by her cruel stepmother, the Queen of the Follies, years earlier; her father, the King of Wall Street, who survives the stock market crash only to suffer a strange and sudden death; seven street urchins, brave protectors for a girl as pure as snow; and a mysterious stock ticker that holds the stepmother in its thrall, churning out ticker tape imprinted with the wicked words “Another…More Beautiful…KILL.” In a moody, cinematic new telling of a beloved fairy tale, extraordinary graphic novelist Matt Phelan captures the essence of classic film noir on the page–and draws a striking distinction between good and evil.”

Matt has created something completely unexpected with this version of Snow White–a genre-twisting graphic masterpiece that will grab hold of readers from young to old. To learn more about Matt’s Snow White, visit Matt’s website at www.mattphelan.com.

What graphic novels are on your TBR stack? 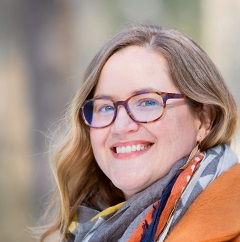