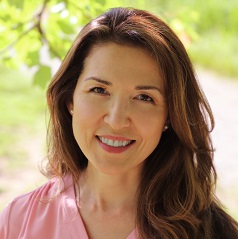 Special Guest
M.O. Yuksel is the author of the critically acclaimed picture book, IN MY MOSQUE, illustrated by Hatem Aly (HarperCollins, 2021). IN MY MOSQUE has been described as, “[a] marvelous, welcoming book…offering foundational knowledge on the world’s second-largest religion” in a starred review by School Library Journal, and “a range of children’s mosque experiences will engage new learners and resonate with those already familiar,” in a starred review by Publisher’s Weekly. IN MY MOSQUE is an American Library Association Notable Book, a School Library Journal Best Book, a Junior Library Guild Gold Standard selection, and has won the 2022 Notable Books for a Global Society Award, 2021 Nerdy Book Club Award for Best Nonfiction Picture Book, Texas Library Association Texas Topaz 2022 Nonfiction Gem Award, and has been named the Chicago Public Library Best of the Best Books of 2021.

M.O. Yuksel is also the author of ONE WISH: Fatima al-Fihri and the World’s Oldest University, illustrated by Mariam Quraishi (HarperCollins, 2022), which has been described as, “an inspiring profile of a tenacious trailblazer that highlights the power of knowledge,” by Kirkus Reviews, and has received accolades from Publishers Weekly and The Horn Book. ONE WISH was also featured in BookPage Magazine as “an eye-opening account about a little-known woman”.

Yuksel is a member of the Highlights Foundation Muslim Writers Fellowship Program planning committtee. She lives in New Jersey with her family.
Visit her online at www.moyuksel.com.

Summer Camp in Nonfiction: Explore, Dig Deep, Inspire
July 14, 2022
“The faculty/conferee ratio and the availability of the faculty are two of the best and unique features of these small workshops. It was truly an eyeopener to see things from an editor’s angle.”
- Connie Wooldridge Richmond, IN