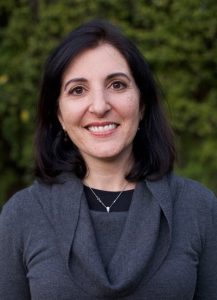 Rhonda Roumani is a Syrian-American journalist who has written about Islam, the Arab World, and Muslim-American issues for more than two decades. She started writing children’s books when she ran a book fair at her daughter’s school and couldn’t find a single book written by an Arab author; and; found that the only book by a Muslim author was by Malala Yousafzai. She is especially interested in writing fiction and non-fiction that dispel stereotypes and portray strong female protagonists. She currently lives in New Haven, Connecticut, and is the mother of two children.

She is represented by Brent Taylor of Triada US and is currently on sub with her first Middle-Grade novel, Tagging Freedom, about a Syrian Graffiti artist at the beginning of the Syrian Revolution.

“There are very few Muslim Arabs writing kidlit. Last year, the Cooperative Children’s Book Center from the School of Education at the University of Wisconsin-Madison found that Arab authors made up 0.54 percent of the books published in 2020. That was a total of 17 books in 2020 with an author who identified as Arab or of Arab heritage. Some of those authors were contributors to larger compilations. Of the 17 books, only eight had an Arab as the main character. Furthermore, over the last three years, the Cooperative Children’s Book Center found a total of 92 books with an Arab character. The vast majority were secondary or tertiary characters. And the majority of those books were written by non-Arab authors. And, of course, we don’t know how many of those books included Arab Muslims.

So having an Arab-Muslim child see himself or herself in my characters would be the most important thing I could accomplish. I also hope Muslim children will have the chance to see the more complex characters that shape their worlds in my books: Muslim children who are religious; those who are struggling with who they are; Muslims from conservative backgrounds, Muslims from progressive backgrounds; Muslim girls who wear hijab and religious Muslim girls who choose not to. It’s not only about children seeing themselves in the books they read. It’s seeing the different types of Muslims around them that they know– their friends, their family friends, their aunts and uncles, and grandparents.”