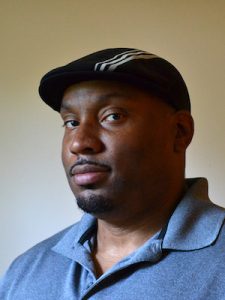 Hasani Claxton is a visual artist, author, and educator from St. Kitts, West Indies. He initially studied Business at Morehouse College (1999) and Law at Columbia University (2003). While working as an attorney in New York, he began taking evening classes at the School of Visual Arts. In 2005, he decided to pursue his passion full-time and enrolled in the Academy of Art University in San Francisco, receiving a BFA in Illustration in 2009 and an MFA in Studio Art from Towson University in 2017. He currently teaches drawing and illustration at Bowie State University and resides in Baltimore, MD. His artwork has been exhibited throughout the US and in the Caribbean, including the National Gallery of Jamaica. His work has appeared in Spectrum: Fantastic Art, Creative Quarterly, and on Afropunk.com. He has been writing for over 10 years and was selected for the Futurescapes Writing Workshop in 2019 and 2020. He is represented by the Emerald City Literary Agency.

Hasani On Writing and illustrating for Children:

“I am a single father of two young girls (11 and 13) and when they were younger I became extremely frustrated with the lack of children’s books with Black lead characters. This inspired me to write those stories myself. I encourage you to watch my Creative Mornings talk in which I go into detail about the motivations behind my writing and art.” 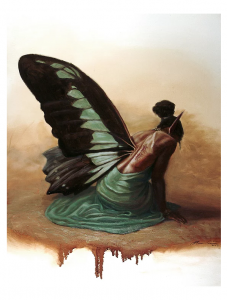 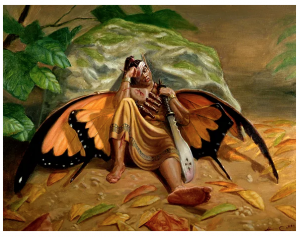 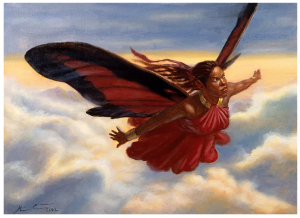 Would you like to see and purchase titles from our Storyteller cohort and members of The Brown Bookshelf?

THE LITERARY CAFE–BOOKS & EVENTS Bookstore Amplify Black Stories Book List, Curated by The African American Children’s Book Project showcases a wide range of topics and talent from the Black Literary Community, including our cohort of Storytellers and members of the Brown Bookshelf. The list includes both non-fiction and fiction titles that will empower, enlighten and enrich all readers. Visit the bookstore.

See all Storytellers in the 2021 Amplify Black Stories cohort.