We’d like to thank Cordelia Jensen for this blog post! Cordelia is the leader of our upcoming workshop Creating an Image System That Works for Your Verse Novel in September and October. Thanks, Cordelia!

“An image that is not repeated and/or loaded is mere incidental description. But in great writing, there is very little that can be classed as mere description. Image patterning, loading and repetition are basic principles in the generation and control of narrative material.”–Douglas Glover, author

Although poems are full of imagery, stories often have many images in them as well; similes, metaphors and symbols scurry through many stories, from the simplest to the most sophisticated. However, stories and poetry employ images differently. Although poetry collections generally contain multitudes of images, they are not by any means essentially tied to character and certainly not to plot. In fact, imagery in poetry can be just about the language itself or a reaction to a previous image and not at all about narrative voice. Images can do something else in verse novels. In fact, imagery can work more like it does in a novel–revealing character growth and central story themes and questions. Since the verse is poetic, however, there is also a spotlight on imagery the way there might not be in a novel. For this reason, if you are trying to write a verse novel, I suggest constructing an image system for your story.

An image system is the family of images (metaphors, similes, symbols, etc.) an author chooses to showcase in their verse novel. An image system, by use of extended metaphors, can show how characters emotionally grow and change through the course of a story. They also can work to build story tension, foreshadow events, develop secondary characters, inspire characters to action, illuminate setting and reflect a story question or theme.

The term image system originally comes from filmmakers. An image system is an image or a motif that is repeated during a film. In verse novels, the imagery is more overtly stated whereas in films it might be more nuanced because of the difference of a written form versus a visual one.

Exploring Image Systems in Your Own Verse Novel

1) Consider your setting. For example, in Thanhaa Lai’s Inside Out & Back Again, Hà moves from Vietnam to America, and this impacts how she interacts with her environment and what she sees. The symbol of the papaya in this book shifts as Ha undergoes changes. Many verse novels spotlight imagery that relates to this environmental change. For example, in Home of the Brave, by Katherine Appelgate, Kek moves from Somalia to Minnesota and a plethora of images in the book center on weather and climate.

Writing exercise:
Try writing a poem with your character immersed in what she/he loves to do. 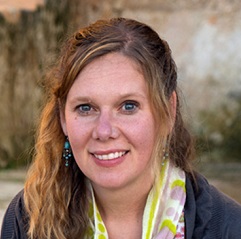 Cordelia Jensen graduated with a MFA in Writing for Children & Young Adults from Vermont College of Fine Arts in 2012. Cordelia has three verse novels: Skyscraping (Philomel/Penguin), The Way the Light Bends (Philomel/Penguin) and Every Shiny Thing (Amulet/Abrams), which she co-authored with VCFA classmate Laurie Morrison. Cordelia has taught creative writing in a variety of settings: Bryn Mawr College, Germantown Friends School and The Writing Barn. She also runs a local kids’ literary journal called the Mt. Airy Musers. Cordelia is represented by Sara Crowe of Pippin.

Join us for Cordelia’s next novel in verse workshop:
Revising Your Verse Novel: A Three-Part Online Workshop
October 27-December 15, online, $499 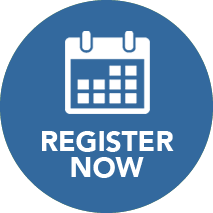