A Weekend Without a Glossary: Why I’m Going to the Retreat for Jewish Kidlit Writers 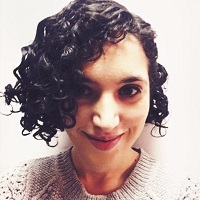 Thanks to A.R. Vishny for this blog post! She attended our Symposium for Jewish Children’s Literature in March, and she also came to our Fall Retreat–she wrote this post about why she was looking forward to that.

My bus tickets were purchased, my suitcase was packed, and my away message was set. After months of staring longingly at the Highlights Foundation website, I was ready for the March 2019 Highlights Symposium for Jewish Children’s Literature…and starting to panic. Imposter syndrome was setting in. I would be spending a weekend with real authors, authors whose books sat on my shelves. All I had to my name was ten years’ worth of shelved projects, some fanfiction, and a new manuscript that scared me. We would be talking about Jewish identity and storytelling, doing all the sticky and uncomfortable soul-baring that I wasn’t sure I was ready to do.

I had never done a Highlights Foundation program before, but I had done other writing workshops and was all too familiar with the way Jewish content could be received…

Why didn’t you include a glossary?

What’s this “Shabbat” you speak of?

You know, this would all be less confusing with a glossary.

I was so lost reading this.

Did you forget to attach the glossary?

You get the idea. Meanwhile, I had written a YA Historical manuscript that was unabashedly Jewish and more personal than anything I had written before. It romped through a period of history where Jewish characters rarely get to take center stage. There was no glossary. Even though I knew that this symposium would have a receptive audience, I couldn’t shake the fear that I would not be understood.

But from the moment I stepped into the Barn, I knew all my worrying was for naught. That weekend instead was one of the most energizing and inspiring things I’ve done so far as a writer. My voice was respected in a way that I had never experienced before in a creative space. I connected and kvetched with authors I admired about writing and the way we perceived our personal and creative identities. I participated in an open mic night and didn’t die of embarrassment. I met my agent, the incomparable Linda Epstein, who I knew at once would be the kind of advocate I wanted in this industry.

So when the September retreat was announced, I jumped at the opportunity to go back. The project that scared me…well, it still scares me.  My new project scares me, too, for much the same reasons. This kind of writing always demands vulnerability, and that will always be intimidating. But Highlights is a place I know I can go for support. The Foundation has created a unique space and opportunity for Jewish kidlit authors to write without a glossary, if only for a weekend. It’s a place for the stories that scare us, the deep and sticky, soul-bearing stuff.  It’s a place that welcomed me as an unpublished author with a big Jewish story to tell. I can’t wait to go back, and I hope to see you there.