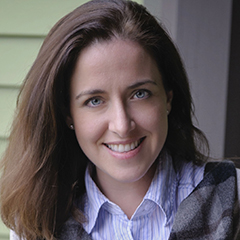 Special Guest
Nicole Valentine (www.nicolevalentinebooks.com) is an author of middle grade fiction. She earned her MFA in Writing for Children and Young Adults from the Vermont College of Fine Arts. As the former chief technology officer at Figment.com and Space.com, Nicole loves science and as a writer enjoys pondering the times when science falls short of explanation and magic has room to sneak in. She’s the founder of steaMG.org, The Middle-Grade Sci-fi Authors Alliance. When not engaged in fictional world-building, Nicole can often be found with a hawk on her arm. A Time Traveler’s Theory of Relativity (Lerner, 2019) is her debut novel. She lives in Pennsylvania with her human family, two giant dogs named Merlin and Arthur, and two small cats named Tink and Pickwick.

Getting To Know Your Novel
February 14, 2022
“The faculty/conferee ratio and the availability of the faculty are two of the best and unique features of these small workshops. It was truly an eyeopener to see things from an editor’s angle.”
- Connie Wooldridge Richmond, IN