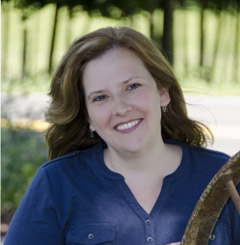 K.L. Going is the award winning author of numerous books for children and teens. Her first novel, Fat Kid Rules the World, was named a Michael Printz Honor Book by the American Library Association, and was included on YALSA’s Best Books for Young Adults list and their list of Best Books for the Past Decade. Her books have been Booksense picks, Scholastic Book Club choices, Junior Library Guild selections, New York Public Library Best Books for the Teenage, and winners of state book awards. They’ve been featured by Publishers Weekly, School Library Journal, Kirkus, and Children’s Book Council as Best Books of the year. Her work has also been published in Korea, Italy, Japan, Germany, and the UK, and her novel Fat Kid Rules the World is now an independent film. It premiered at the SXSW film festival and won an Audience Award–and now there’s a team working on turning the book into a Broadway play!

K.L. began her career working at one of the oldest literary agencies in New York City. She used this inner knowledge of publishing to write Writing and Selling the Young Adult Novel — a how-to book for aspiring writers, published by Writer’s Digest. She has also written short stories for several anthologies and currently has multiple picture books under contract. She lives in Glen Spey,  New York, where she both writes and runs a business critiquing manuscripts. She’s also a mom to the world’s cutest little boy.