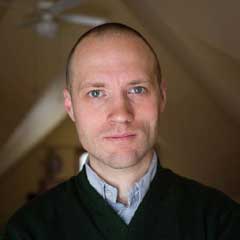 Virtual Special Guest
Andrew Karre is executive editor at Dutton Books for Young Readers, an imprint of Penguin Random House, focusing on YA and MG, fiction and nonfiction. In 2005, he helped launch the YA imprint Flux. He was an editorial director at Lerner Publishing Group from 2008 through 2014, overseeing Carolrhoda Books and founding Carolrhoda Lab. He has published first novels by such noted authors as Maggie Stiefvater, A.S. King, Vaunda Micheaux Nelson, Blythe Woolston, Carrie Mesrobian, and E.K. Johnston.