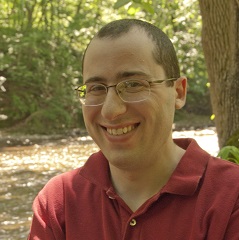 Eric Bell is the author of ALAN COLE IS NOT A COWARD (Katherine Tegen Books/HarperCollins, 2017) and ALAN COLE DOESN’T DANCE (Katherine Tegen Books/HarperCollins, 2018), two middle grade novels about a gay seventh grade boy dealing with bullies, crushes, the power of art, and coming out. The first book was nominated to the Rainbow Book List for GLBTQ Books for Children and Teens. The books have also been translated into multiple languages. Eric is also featured in the queer middle grade short story anthology THIS IS OUR RAINBOW: 16 STORIES OF HER, HIM, THEM, AND US (Knopf). Eric is a teacher of writing classes, a virtual workshop leader, a freelance editor and writing coach, and an employee at a library. He lives and writes in Pennsylvania.

Filling the Writer's Toolbox With Editor Emma Dryden
October 16, 2021
“Attending the workshop not only gave me deeper insight into writing, but it established new friendships and broadened my feeling of professionalism and capabilities. It was wonderful to get together with other writers who were more than willing to share their expertise and experiences.”
- Lori Mortensen Cameron Park, CA