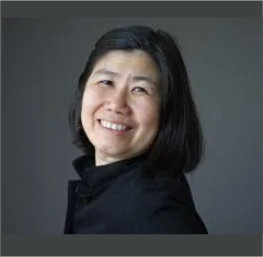 Other authors Yeh works with are Eric Kahn Gale, author of The Bully Book an Indie Next List Top Ten Pick and an Amazon Best Book; Peter Johnson, author of The Amazing Adventures of John Smith, Jr. aka Houdini, a Kirkus Best Book of 2012; and Soman Chainani, author of the upcoming debut tween novel, The School for Good and Evil. Other titles on Yeh’s list are realistic humorous tween fiction Confessions of a So Called Middle by Maria T. Lennon (Fall 2013) and fantasy tween adventure Luck Uglies by Paul Durham (2014), thrillers Find Me by Romily Bernard (2014) and Fake ID by Lamar Giles (2014) and realistic teen fiction He Said, She Said by Kwame Alexander. She has worked with nonfiction luminaries Aliki, Seymour Simon, Betsy and Ted Lewin, Betsy and Giulio Maestro and Anne Rockwell. Prior to her arrival at Harper in 1996, she was a senior editor at Scholastic Press, where she edited the Magic School Bus books by Joanna Cole and Bruce Degen, and was an editor of the SeeSaw Book Club for K-1 readers.