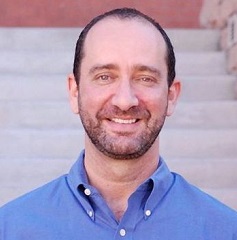 Bill Konigsberg is the award-winning author of six young adult novels. THE PORCUPINE OF TRUTH won the PEN Center USA Literary Award and the Stonewall Book Award in 2016. OPENLY STRAIGHT won the Sid Fleischman Award for Humor, was a finalist for the Amelia Elizabeth Walden Award and Lambda Literary Award in 2014 and has been translated into five languages. His debut novel, OUT OF THE POCKET, won the Lambda Literary Award in 2009. THE MUSIC OF WHAT HAPPENS, released in 2019, received two starred reviews, and has been optioned for a film. His latest novel, THE BRIDGE, was released in the fall of 2020. It has received two starred reviews. In 2018, The National Council of Teachers of English (NCTE)’s Assembly on Literature for Adolescents (ALAN) established the Bill Konigsberg Award for Acts and Activism for Equity and Inclusion through Young Adult Literature.

Writing About Mental Health in Youth Literature: Impact & Experience
May 12, 2021
“This workshop exceeded my greatest expectations—I am prepared to promote myself and my books to my market,
in a knowledgeable and fun way. Now I know the pitfalls
that may come my way, and the joys I’ll reap, if I promote myself well.”
- Elissa Elliott Rochester, MN