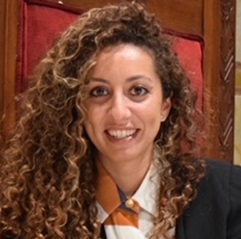 Rabbi Tarlan Rabizadeh was born and raised in Los Angeles’ Jewish Persian community, affectionately known as “Irangeles.” She earned a B.A. from Boston University, where she studied public policy, education and Hebrew, and she received her M.A. in Jewish education from the Rhea Hirsch School of Education at Hebrew UnionCollege-JIR in L.A. During her time pursuing rabbinic ordination at HUC’s New York campus, she worked at Congregation Emanu-El in New York City and served as student rabbi of small-town congregations in Pennsylvania and North Carolina. She received her second M.A. in Hebrew literature and was ordained at HUC upon completing her thesis, the trilingual Progressive Persian Haggadah. Rabbi Rabizadeh most recently served as the Jewish Emergent Network Fellow at The Kitchen in San Francisco, where she taught courses on topics such as Torah, Talmud, liturgy, as well as the Jewish101 workshop: a course dedicated to introducing Judaism mainly to those seeking conversion. She was a 2019 AIPAC Conference speaker, where she discussed her Persian background and being a female rabbi in a world where women didn’t become rabbis. She is currently teaching high school at her alma mater, Milken Community in Los Angeles, where a large constituency of the student body come from Mizrachi backgrounds. Rabbi Rabizadeh has a passion for bridging two worlds within her teachings: the wisdom of the liberal Ashkenazi Jewish world and the Mizrachi, especially Persian, traditions that she was raised with.