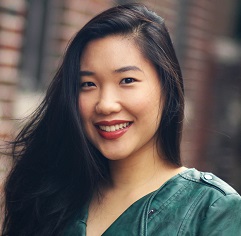 Special Guest
Emily X.R. Pan is the New York Times bestselling author of THE ASTONISHING COLOR OF AFTER, which won the APALA Honor Award and the Walter Honor Award, received six starred reviews, was an L.A. Times Book Prize finalist, and was longlisted for the Carnegie Medal. NBC News called the novel “moving and poetic” and the Wall Street Journal named it as one of the top twelve books of the season. Emily is also co-creator of the foreshadowYA.com digital platform and the print anthology FORESHADOW: THE MAGIC OF READING & WRITING YA, coming fall 2020 from Algonquin. She lives in Brooklyn, New York. Visit Emily online at exrpan.com, and find her on Twitter and Instagram: @exrpan.