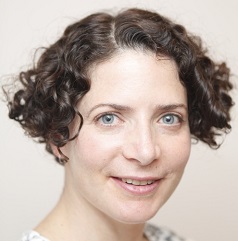 Erica S. Perl is the author of popular and critically acclaimed books for young readers.

Erica is a crowd-pleasing presenter at schools, libraries and community events. She honed her skills working as a trial lawyer in New York City, and also worked for many years for First Book, the national non-profit organization that provides books to children in need.She lives in Washington, D.C. with her family.