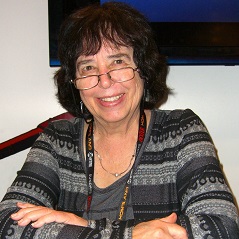 Jane Yolen, often called “the Hans Christian Andersen of America,” celebrated the publication of her 365th book in 2018. Her works, which range from very young rhymed picture books to novels for adults and every genre in between, have won an assortment of awards including two Nebulas, a World Fantasy Award, a Caldecott, the Golden Kite, three Mythopoeic awards, two Christopher Medals, the Jewish Book Award, the Kerlan Award, and the Catholic Library’s Regina Medal, as well as six honorary doctorates from six different colleges and universities. She lives in Massachusetts in the winter and Scotland in the summer. She writes every day. One of her awards set her good coat on fire.