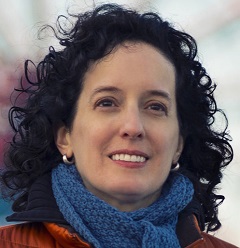 Anna Raff is an award-winning illustrator of several books for children including The Day the Universe Exploded My Head, World Rat Day, A Big Surprise for Little Card, and Things That Float and Things That Don’t. Before her career as an illustrator, she was a designer and art director at The Metropolitan Museum of Art and several children’s book publishers in New York City. Anna is on the faculty of the prestigious MFA Illustration as Visual Essay program at the School of Visual Arts and the SVA Summer Residency in Illustration. She has an MFA from the School of Visual Arts and a BA from Connecticut College. Anna lives and works in New York City.