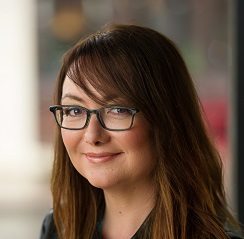 Diana Murray is the author of over a dozen rhyming picture books, including City Shapes (Little, Brown), which was a Jr. Library Guild Selection, and Ned the Knitting Pirate (Roaring Brook Press), which was featured in the NY Times and was an Amazon Book of the Month. Diana is also the author of several rhyming early readers, including Pizza Pig (Step-into-Reading, Random House, 2018) and Double the Dinosaurs (Step-into-Reading, Random House, 2020). Diana’s award-winning poems have appeared in Highlights, High Five, Hello, and many other magazines and anthologies. She grew up in New York City, and still lives nearby with her husband, two daughters, and a smarty-pants cockatiel named Bean.