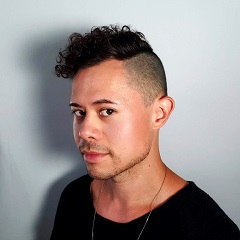 Mike loves drawing and writing almost as much as he loves cupcakes and ice cream (and that’s a LOT!). He is the author and illustrator of everyone’s favorite polka-dotted elephant, Little Elliot. His debut title, Little Elliot, Big City, released in 2014 to critical acclaim, has won several awards, and has been translated into over ten languages. There are now five books in the Little Elliot series, including Little Elliot, Big Family; Little Elliot, Big Fun; Little Elliot, Fall Friends; and Merry Christmas, Little Elliot. Meanwhile, Mike had the pleasure of illustrating What If… by Samantha Berger, All the Way to Havana by Margarita Engle, Worm Loves Worm by J.J. Austrian, The Power of One written by Trudy Ludwig, and contributed to What’s Your Favorite Color? by Eric Carle and Friends, Sunny Day: A Celebration of the Sesame Street Theme Song, and Dear Heartbreak: YA Authors and Teens on the Dark Side of Love. Publishers Weekly named Mike a “Fall 2014 Flying Start.” In the same year he won the Society of Illustrators Original Art Show Founder’s Award. In 2021, Mike’s debut young adult graphic novel, Flamer, was awarded a 2021 Golden Kite Award Honor for Illustrated Book for Older Readers by The Society of Children’s Books Writers and Illustrators.