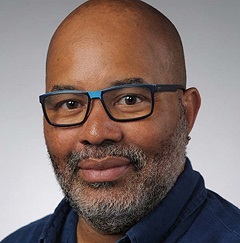 James E. Ransome is the award-winning illustrator of over 75 picture books. He has been illustrating books, book jackets, greeting cards and magazines for over 30 years. Awards for his illustrations include a Gold medal from the Society of Illustrators, a Coretta Scott King award, three Coretta Scott King honors awards and a NAACP Image awards. James received his MFA from Lesley University. James’ work is part of both private and public children’s book art collections and a number of commissioned murals, including three for the Underground Railroad Museum in Cincinnati, Ohio. James lives in Rhinebeck, New York with his wife, author, Lesa Cline-Ransome and their four children.