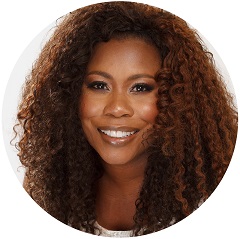 Regina Brooks is the founder and president of Serendipity Literary Agency LLC, based in Brooklyn, New York. Her agency has represented and established a diverse base of award-winning clients in adult and young adult fiction, nonfiction, and children’s literature. Writer’s Digest magazine named Serendipity Literary Agency as one of the top 25 literary agencies in 2004. Prior to opening her own agency, Ms. Brooks held senior editorial positions at John Wiley and Sons (where she was not only the youngest but also the first African-American editor in their college division) and McGraw-Hill.
She is the author of Essences Magazine’s quick pick children’s book, Never Finished! Never Done! (Scholastic) and Writing Great Books for Young Adults (Sourcebooks) and is a well-received blogger for the Huffington Post. Brooks is also on the faculty of the Harvard University publishing program. She has been highlighted in several national and international magazines and periodicals, including Forbes, Media Bistro, Writers and Poets, Essence Magazine, Writers Digest, The Writer, and Sister2Sister magazine. She is also the expert agent called upon for the Michael Baisden Radio Show.

She was named 2010 Woman of the Year by The National Association of Professional Women. A New York Urban League Rising Star Award winner and a 2004 finalist for the StevieTM Award for Women Entrepreneurs, Regina Brooks is featured in books such as The Guide to Literary Agents and the NAACP-nominated Down to Business 10 steps for Women Entrepreneurs. She is also listed in International Who’s Who under the categories of Professional Management, Technology, Entrepreneurs, and Engineering.

She is a regular speaker at writer’s conferences and is interested in the areas of non-fiction and literary/commercial fiction for adults, young adults and children. She is drawn to subjects like science, politics, psychology and self-help, pop culture, health, women’s issues, parenting, cooking, design crafts, alternative spirituality, business, technology, and always interested in new and emerging writers.