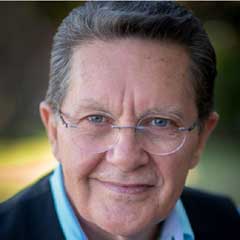 Larry Dane Brimner is the author of more than 150 fiction and nonfiction books for children. He is best known for his gritty works about the Civil Rights movement in America.We Are One: The Story of Bayard Rustin, winner of the Jane Addams Children’s Book Award and the Norman A. Sugarman Children’s Biography Award, tells the inspiring story of Bayard Rustin through first-person accounts, archival photographs, and song. In Birmingham Sunday, a NAPPA Gold Award and NCTE Orbis Pictus Honor Book Award winner, Larry shows his impeccable research skills by weaving together FBI files, police surveillance records, primary-source documents, and personal reflections from both the families of the victims and the perpetrators of this epic event in Civil Rights history. Most recently, Larry’sBlack & White: The Confrontation between Reverend Fred L. Shuttlesworth and Eugene “Bull” Connor has earned starred reviews for sharing the struggles of opposing forces found in Fred Shuttlesworth, a Baptist minister and nonviolent activist against segregation, versus Bull Connor, the Birmingham Commissioner of Public Safety and tyrant of the city’s segregation ordinances. In December 2011,Black & White was named one of the Best Teen Books of 2011 by Kirkus. For information about Larry, his books, and his public appearances, please visit www.brimner.com.