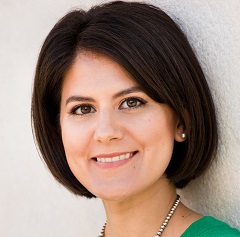 Emma Otheguy is the author of the bilingual picture book Martí’s Song for Freedom (Lee & Low, 2017) about Cuban poet and national hero José Martí, as well as the forthcoming Pope Francis: Builder of Bridges (Bloomsbury, 2018) and the middle-grade novel Silver Meadows Summer (Knopf, 2019). Martí’s Song for Freedom received five starred reviews, from School Library Journal, Booklist, Kirkus, Shelf Awareness, and Publishers Weekly, and was also named a New York Public Library Best Book of 2017, a Kirkus Best Book of 2017, and a School Library Journal Best Book of 2017. Her short story for children “Fairies in Town” was awarded a 2014 Magazine Merit Honors by SCBWI, and her scholarly article “Sermonizing in New York: The Children’s Magazines of Mary Mapes Dodge and José Martí” appeared in Ethics in Children’s Literature (Ashgate, 2014).