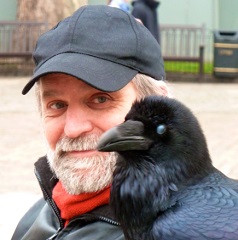 Doug Cushman has illustrated over 130 children’s books, many of which he wrote as well. His titles include mystery picture books and beginning reader series, including Aunt Eater Loves A Mystery, Mystery of King Karfu, and Mystery at the Club Sandwich.

Doug’s original art has been on display in France, Romania, and the United States. He lives on the Brittany Coast in St. Malo, France.