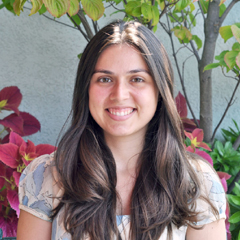 Natalia Remis is an Associate Editor at Scholastic Press and the Blue Sky Press, imprints of Scholastic Inc. One of her favorite projects has been working on Rivers of Sunlight by Molly Bang and Penny Chisholm, a nonfiction picture book about the sun’s role in our Earth’s water cycle, which has garnered five starred reviews. She has also worked on the How Do Dinosaurs series by Jane Yolen and illustrated by Mark Teague, and books by authors David Shannon, Jon J Muth, Barbara McClintock, and Rodman Philbrick.