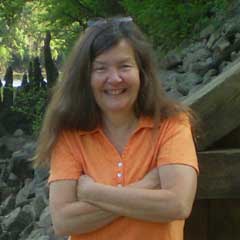 Newbery Honor winner Sheila Turnage writes mysteries for kids. She’s also a poet and a journalist. “I’ve written lots of things,” she says. “So far, The Mo and Dale Mysteries are absolutely the most fun of anything I’ve written.”