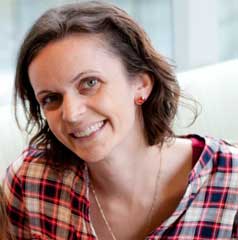 Erica Wainer is a freelance editor, working with authors and publishers, including Houghton Mifflin Harcourt Books for Children. She knew she wanted to be an editor when she was a sophomore in high school. While studying to be an English major with a writing concentration at Simmons College, Erica took an undergraduate children’s literature survey course and the rest, as they say, is history. She has been with Houghton Mifflin Harcourt Books for Young Readers since 2003 and has edited nearly twenty Scientists in the Field titles alongside countless other nonfiction titles for all ages, covering topics from animal shelters to Charles Dickens to seeds to the Holocaust. She lives in Andover, Massachusetts with her husband, two kids and two rescue dogs.