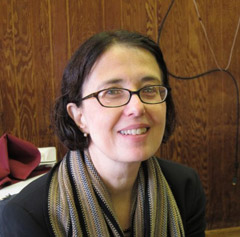 Dianne Hess is Executive Editor at Scholastic Press where she publishes a variety of picture books, chapter books, and non-fiction. She was the editor of the 2015 Sydney Taylor Award-winner, My Grandfather’s Coat by Jim Aylesworth, illustrated by Barbara McClintock.

Dianne loves books with a spiritual and strong moral center. She believes that Tikun Olam is the most important element in each book; that each book must play a role in making the world a better place.

“While Scholastic is a secular publisher, the few Jewish books we do publish are carefully chosen. But I believe that great secular books can also have a Jewish neshama.”