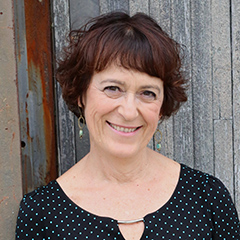 Kathy Kacer is a children’s author who is dedicated to writing about the Holocaust in a way that is sensitive to the age and stage of development of young readers. Her many books include The Secret of Gabi’s Dresser, Clara’s War, The Underground Reporters, Hiding Edith, The Diary of Laura’s Twin, To Hope and Back: The Journey of the St. Louis, Restitution, Shanghai Escape, The Magician of Auschwitz, and Stones on a Grave.

A winner of the Jewish Book Awards in Canada and the U.S., as well as the Yad Vashem Award for Children’s Holocaust Literature in Israel, Kathy has written unforgettable stories inspired by real events. Her books have been translated into twenty languages in countries around the world. Her novels are stories of hope, courage, and humanity in the face of overwhelming adversity.

Although she has been writing for many years, Kathy only became a published author in 1999. Before that, she worked as a psychologist with troubled teens. Kathy teaches writing at the University of Toronto, Canada (Continuing Studies). She also speaks to children in schools and libraries around the world about the importance of understanding the Holocaust and keeping its memory alive. In addition, she lectures in universities and colleges on the topic of teaching sensitive material to young children.