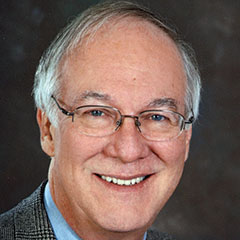 David’s first book for children, The Boy with a Drum, was released in 1969 and eventually sold more than two million copies. In 1972, David won national recognition when he received the Christopher Award for The Book of Giant Stories. Since then David has published seventy-seven original titles that have sold more than fifteen million copies and earned numerous honors. He has been anthologized in more than one hundred books and has appeared in dozens of magazines and professional journals. His work has been translated into twelve languages and presented on television, radio, cassette, and CD-ROM. David’s SKY HIGH ON READING program was the International Reading Association’s nationwide winner in 2001, and in 2007 the Missouri Librarian Association presented him with its Literacy Award for the body of his work. In the last fifteen years, David has been a keynote speaker, banquet speaker, featured speaker, featured author, or presenter at eighty state, regional, and national conferences in twenty-seven states. Read more about David at http://davidlharrison.com.