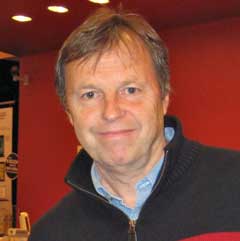 Rich Wallace’s first novel, Wrestling Sturbridge, was selected as one of the best works of the 20th century by the American Library Association. He’s since authored many more. His recent nonfiction books–co-authored with his wife, Sandra Neil Wallace–have won such honors as the International Literacy Association’s Social Justice Award, the Paterson Prize, the California Reading Association Gold Award, and many others. Rich was a long-time editor at Highlights and continues to write The Timbertoes comic strip for that magazine. He serves on the boards of the Cohen Center for Holocaust and Genocide Studies at Keene State College and the Historical Society of Cheshire County, NH.