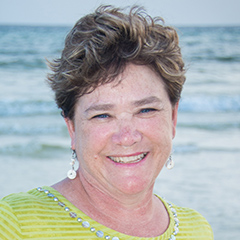 Published in nine languages, children’s book author and writing teacher Darcy Pattison has been published with Harcourt, Philomel/Penguin, Harpercollins, Arbordale, and Mims House. Her books received recognition for excellence with starred reviews in Kirkus, BCCB and PW. Twice her books have been honored as National Science Teacher’s Association Outstanding Science Trade books. The Journey of Oliver K. Woodman (Harcourt) received an Irma Simonton Black and James H. Black Award for Excellence in Children’s Literature Honor Book award, was named a Notable Book in Language Arts, and has been reprinted in a Houghton Mifflin textbook.

In 1999, Darcy created the highly acclaimed Novel Revision Retreat and has since taught it across the United States; alumni of that retreat include Kirby Larson with Hattie Big Sky and Caroline Starr Rose with May B. Darcy is the 2007 recipient of the Arkansas Governor’s Arts Award for Individual Artist for her work in children’s literature.

“I didn’t know anything about revising until I took Darcy’s Novel Revision Retreat. I finally ‘got it’ that reworking a manuscript is not revising. To revise something means to re-vision it, to see it through a new lens. The workshop and the Novel Metamorphosis workbook moved me from wordsmith to novel writer.”—Kirby Larson, who wrote the foreword to the retreat workbook, Novel Metamorphosis: Uncommon Ways to Revise