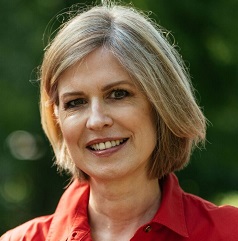 Sandra Neil Wallace is an author and advocate for change. Known for her investigative journalism and original narrative style, her books for young readers focus on people who break barriers and change the world. The daughter of a refugee and concentration camp survivor, Sandra broke a gender barrier in sports as the first woman to host an NHL broadcast on national TV. Her books have been selected as ALA Notable books, the Chicago Public Library’s “Best of the Best”, Bank Street College’s Best Children’s Books of the Year, and awarded Booklist’s Editors’ Choice, the Parents’ Choice Gold Award, and the International Literacy Association’s Social Justice Award. She became a U.S. citizen in 2016 and is a founding member of the Keene (NH) Immigrant and Refugee Partnership and an advisor to the Cohen Center for Holocaust and Genocide Studies at Keene State College. Find her on Twitter: SandraNWallace and at sandraneilwallace.com