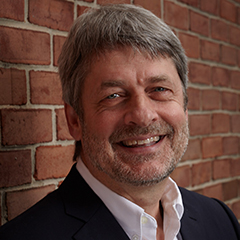 Warren Buckleitner is a reviewer of children’s interactive media — video games, web sites and smart toys. He’s been a preschool, elementary and college teacher and has provided testimony to the FTC and the US Congress. He speaks at education and library conferences around the world, and covers children’s technology for the popular New York Times Gadgetwise blog. He also contributes to Scholastic Parent & Child, Parents and KidScreen, and he is the founding editor of Children’s Technology Review (www.childrenstech.com). He holds a degree in elementary education from Central Michigan University (Cum Laude), an MA in early childhood education from Pacific Oaks College, and a doctorate in educational psychology from Michigan State University. From 1997-2004, he coordinated the Bologna Children’s Book Fair’s New Media prize, coordinating an international jury on a quest for innovation and excellence in new media design from around the world. He is the founder of the Dust or Magic Institute on the Design of Children’s Interactive Media (www.dustormagic.com and twitter.com/dustormagic) and the Mediatech Foundation (www.mediatech.org), a non-profit community technology center housed in his town’s library, where he also serves as a Trustee. He plays trumpet in a Dixieland jazz band, and is the father of two daughters.