Filling the Writer’s Toolbox: Tools for First Lines, Voice, Character, World Building, and Revision in 2018 will forever be known as “The Tornado Workshop” to those of us in attendance. We saw the sky turn green. We heard the choo-choo wind blow over. We saw a fellow workshop attendee literally blown sideways, feet off the ground and everything, while trying to pull the barn door open. We experienced the destruction which followed. Laura Ruby, here for a different workshop, had a single branch speared through the driver’s side windshield of her car. You would expect nothing less from a Laura Ruby story. It was thrilling, it was frightening, it was inspirational. Raise your hands, all who attended, if some mention of a tornado appeared in subsequent writing. Mine’s up. 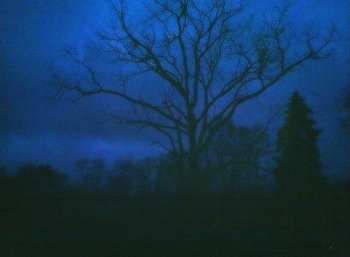 For me, the metaphor of “tornado” became entwined with the lessons from this workshop. We start with a clear beginning. Blue skies, sunshine. All is calm. The writing flows and your story is set clearly ahead of you. Then the unexpected strikes. Your character is thrust into a situation you didn’t imagine. There are repercussions you didn’t anticipate, could not have planned for. Your character must head home via a different route, follow an uncharted path, use another means of transport. Do they even make it home? And how has that journey changed them? How does all this change the beginning of the story? Because it does. It must.

Emma Dryden’s foundational statement: “You cannot write the beginning until you have discovered the ending” provides a fundamental exploration that goes beyond the storyline. Explore your characters’ lives 5 years from the story’s end, 10, 40. Where they end up may impact your story in the now. Where they originated, 5 years before the start, will help you form their character, voice, and motivations. Your first chapter, first lines, deliver a promise that is fulfilled by the ending. The ending mirrors, in images, language or theme, those promises made. It forms a complete circle, albeit one you might not have anticipated. Those from our workshop who drove home in rental cars or with plastic sheeting over their rear windows understand this. Be wary of that calm beginning. Change course as the wind blows. Embrace the destruction, for it will inevitably lead you to the end that is right.