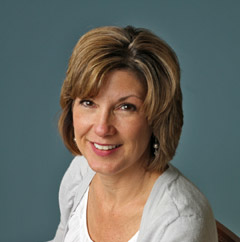 Candace Fleming is the prolific and versatile author of more than twenty books for children, including Muncha! Muncha! Muncha! (Atheneum/Anne Schwartz Books, 2002), Boxes for Katje (FSG, 2003), The Fabled Fourth Graders of Aesop Elementary School (Random House/Schwartz and Wade, 2007) and Clever Jack Takes The Cake (Random House/Schwartz and Wade, 2011), all of which were named Notable Books by the American Library Association.   Her The Lincolns: A Scrapbook Look At Abraham and Mary won the 2009 Boston Globe-Horn Book award for Nonfiction and was a finalist for the Los Angeles Times’ Literary Book Prize in 2009. The Great and Only Barnum: the Tremendous, Stupendous Life of Showman P.T. Barnum was nominated for the YALSA 2010 Award for Excellence in Nonfiction for Young Adults.  Her most recent biography, Amelia Lost: The Life and Disappearance of Amelia Earhart, (Random House/Schwartz and Wade, 2012) was named an Orbis Pictus Honor Book, as well as an ALA Notable Book, a YALSA Quick Pick for Reluctant Readers, and a New York Times Notable Book.  It also won the SCBWI Golden Kite Award.  Her most recent book is Oh, No!, a collaboration with illustrator, Eric Rohmann.  Candace is the 2014 recipient of the Children’s Book Guild of Washington D.C.’s Nonfiction Award, given for her “substantial body of consistently high quality nonfiction books for children of different ages.”  She lives in Chicago, Illinois.  You may read more at http://www.candacefleming.com.